Hugh has an early background in Telecommunications but has operated in the field of International Commerce, specifically Japan since 1980. Over the years he has worked on a cross-section of fields to include telecoms, IT, Food, Pharmaceuticals, Aerospace and Renewable Energy.

Also, during the late 1990s he was retained by Mitsubishi Heavy Industries [MHI] on the development of Joint Ventures in the Scotland, Northern Ireland and Bulgaria.

Hugh also worked with MHI in the USA during the 2000s where he developed a network of clients for their Wind Turbines. 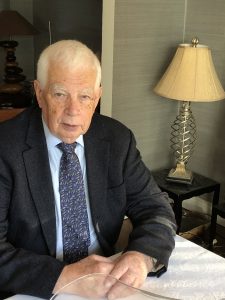