Kieron has almost 40 years’ experience in operations and financial management, almost 30 of these in the IT Industry. He has also worked extensively in the Food and Fintech sectors.

After Graduating UCD he joined a large Irish Accounting and Auditing firm for a number of years while completing his Accounting exams and obtaining his professional qualification.

The next business employment resulted in the team that was involved in the early stages establishment of Green Isle Foods as a leading Irish player. His primarily role in was in the Finance and Sales Divisions.

Later he set-up and expanded his own SME IT distribution and support services business – with extensive sales throughout Ireland and a client base that included major Irish indigenous companies as well as SMEs.  This business and client base was then taken on by a larger established sector firm.

His most recent engagement is as CFO for a former business client and medium sized Irish based IT organisations – Milner Browne. This company is a leading player involved in the SAP Business One services with overseas offices in various locations such as UK, Poland and further afield in Latin America and Asia.

The Group has recently diversified its service offering in Accounting and Business Support, establishing a new venture Enterpryze, resulting in significant job creation in the Irish market and targeting international sales. Much of this work has resulted in in developing a close strategic relationship with Enterprise Ireland and other, mainly financial institutions, to enable this new venturebusinesses to develop, market and fund their commercial ambitions.

Was successful in securing significant funding from the State Agency Kieron has taken on the role of COO in this operation, directly involved in the strategic development of this newly created start-up

Also involved in Mergers and acquisitions, Strategic Planning and Sales.

He has worked strategically and at the coalface of large established businesses and start-up businesses alike.

His experience spans both local and international markets, including the establishment of new international corporate funding management of SAP software operations as far away as Singapore and Colombia.

A Business graduate and qualified accountant, Kieron has a deep understanding of business strategy and operational excellence. 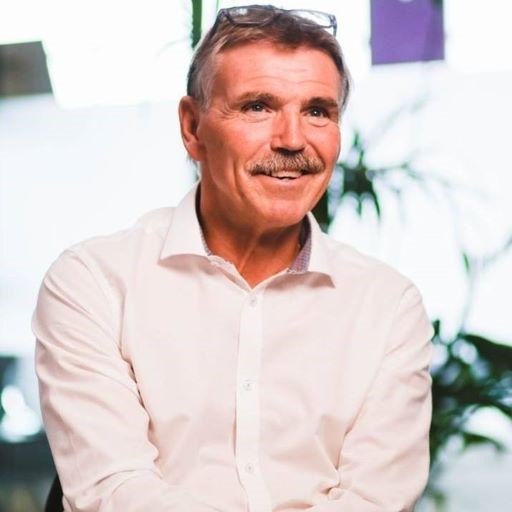