Nada is a Lebanese national born in West Africa where she lived for 11 years before moving and living in Lebanon for 20 years.

Nada moved to Ireland in 2005 where has been working and living for the past 17 years. In Lebanon she worked as English Department coordinator in universities and language institutes for ten years.

In Ireland she worked as language instructor at the Defence Forces and the Ministry of Foreign Affairs. Held a ten-year position as Academic Advisor, liaising between embassies, Foreign Ministries of Higher Education and Irish Academic institutions.

She worked as project coordinator for a Bit-coin pilot study prepared in Ireland and carried out in Lebanon, a study aimed at gauging the possibility of using cryptocurrency in charitable institutions and NGO’s for administering of aid.

She has also founded and is managing Albayan Languages, a company specialised in providing professional Arabic language services in Ireland. Nada has also worked for a Middle Eastern Embassy. Having lived in and resided in different parts of the world, Nada enjoys her multi-national/lingual environment, helping bring worlds together, bridge gaps and encourage global cooperation.

She holds a Master in Contemporary Diplomacy, BA in English, Teaching Diploma, and degrees in Business and Project Management. 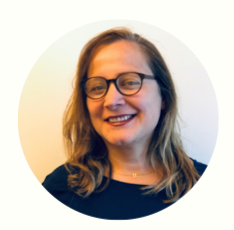