Sai is a highly experienced expert in Industry particularly in India but is widely travelled and a keen understanding of International Business both in the Private and Public Sectors. He has excellent connectivity to Industry in the sub-continent and to senior levels in the Indian Government

After brief stints in industry, logistics and Government Financial Institution as a senior appraisal officer, Sai established his own consulting business to undertake studies for various multi-lateral funders such as the World Bank and Asian Development Bank on subjects such as health systems and provision of training on modern urbanisation.

Sai has consulted for private companies and organisations across the major domains and for a number of public sector entities. During this time, he was also PR Advisor and executive committee member for a number of Indian Industry Associations/Chambers.

He was a coordinator for the Diaspora cell of the Government of India and has organised industry events and overseas delegations – including agricultural and logistic – to Europe, USA, Japan, Malaysia, Singapore and Sri Lanka. Locally he has been advisor for Industrial Development Agencies and MSMEs in Bangalore Urban and Karnataka State in India.

In recent times has widen his focus to engage with the Corporate Social Responsibility (CSR) activity. Sai has been Convener of the CSR and the resultant actions of Government.

Sai has previously worked closely with Irish Companies for many years and helped organised Trade Missions undertaken by Enterprise Ireland and Irish Government to the sub-continent.

A native of India he holds post graduate qualifications in Journalism, Advertising & Marketing and Laws, besides his MBA from Trinity College, Dublin. 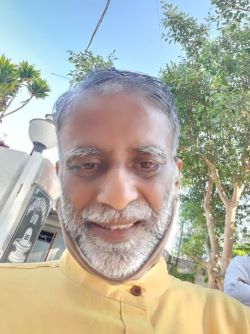